I recently wrote in-depth statement for an open-submission about my practice and specify my most recent major finished piece ‘Regressive Flight’.  Here it is if you’re interested in learning a bit more about this piece and my practice: 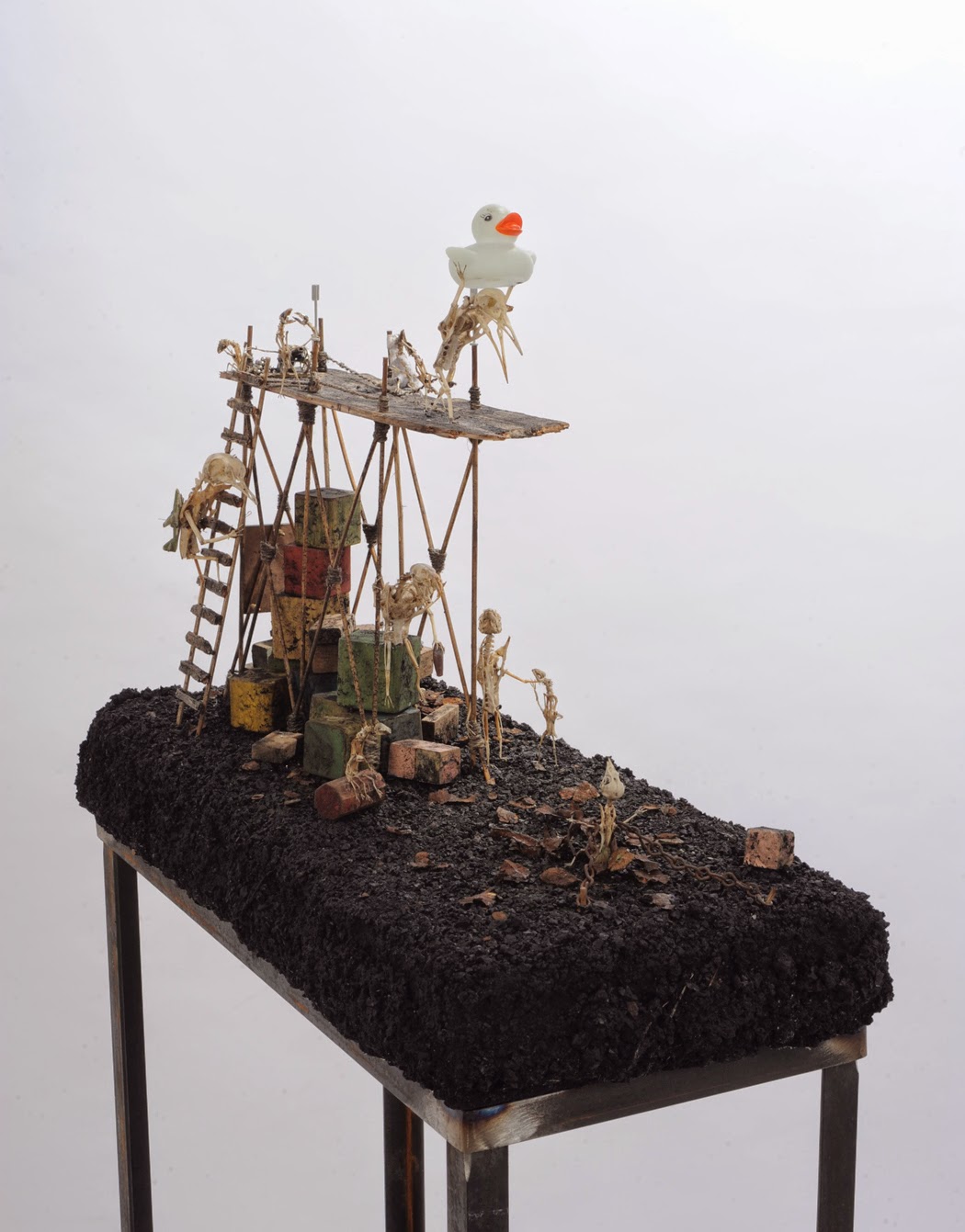 
‘The literary theorist and critic Terry Eagleton sums up my current practice, “one of the great humanist functions of culture is to open some daylight between its self and the rest of our social practises and institutions so it could actual operate as a critic of them”.   Art as a cultural and political critique is important to my work through the largely narrative driven events taking place in my sculptural worlds where the extremes of society are played out. 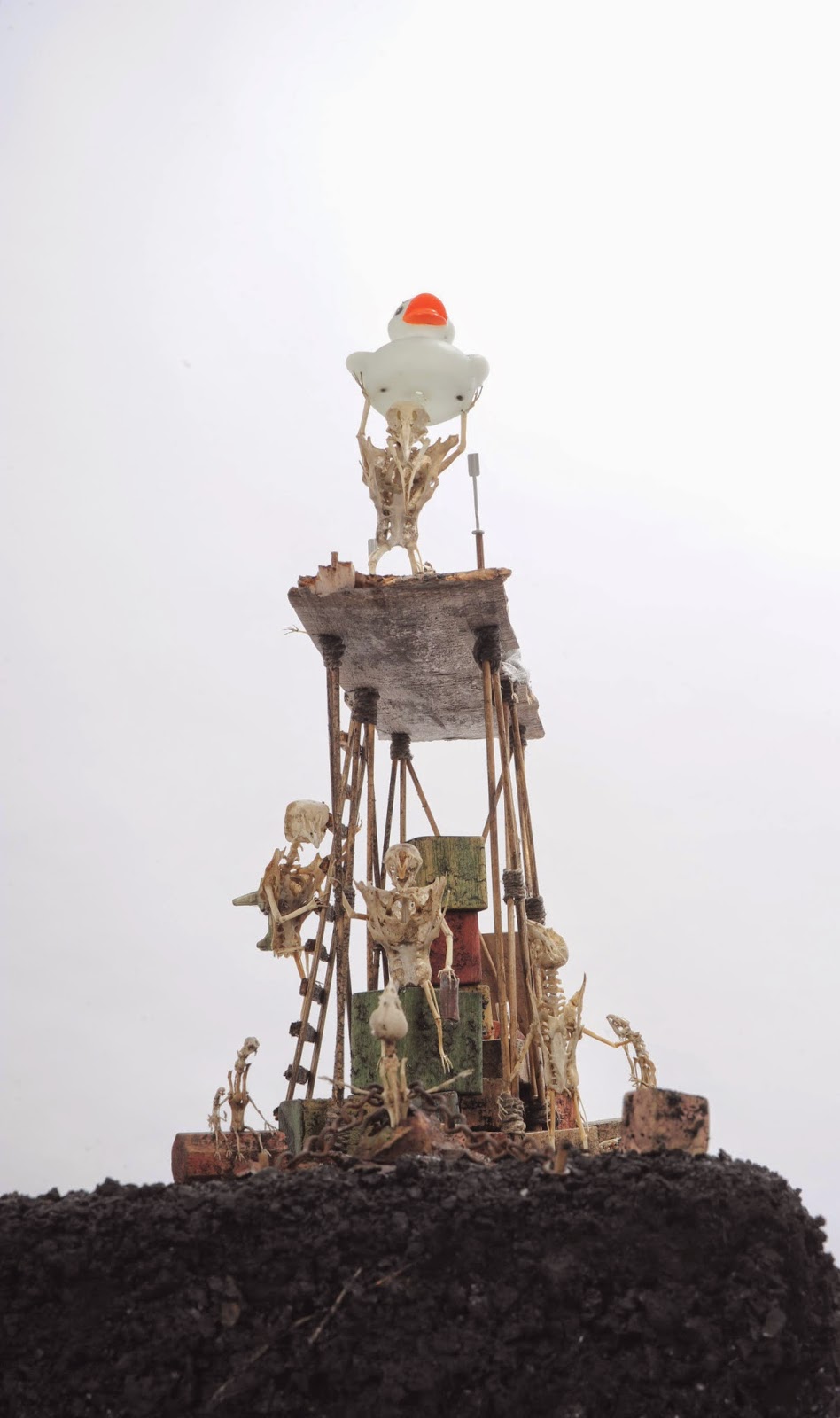 Within my piece ‘Regressive Flight’ I examine a regressive tendency in a post technological society in the aftermath of disaster.  Specifically I question a possible rise in belief as a questionable substitute for science and reason.  I question if the ‘Opium of the people’ as Marx called religion would became un-tempered by reason and regress and warp into an Ideology of the extreme aided and abetted by abject poverty and ruin. 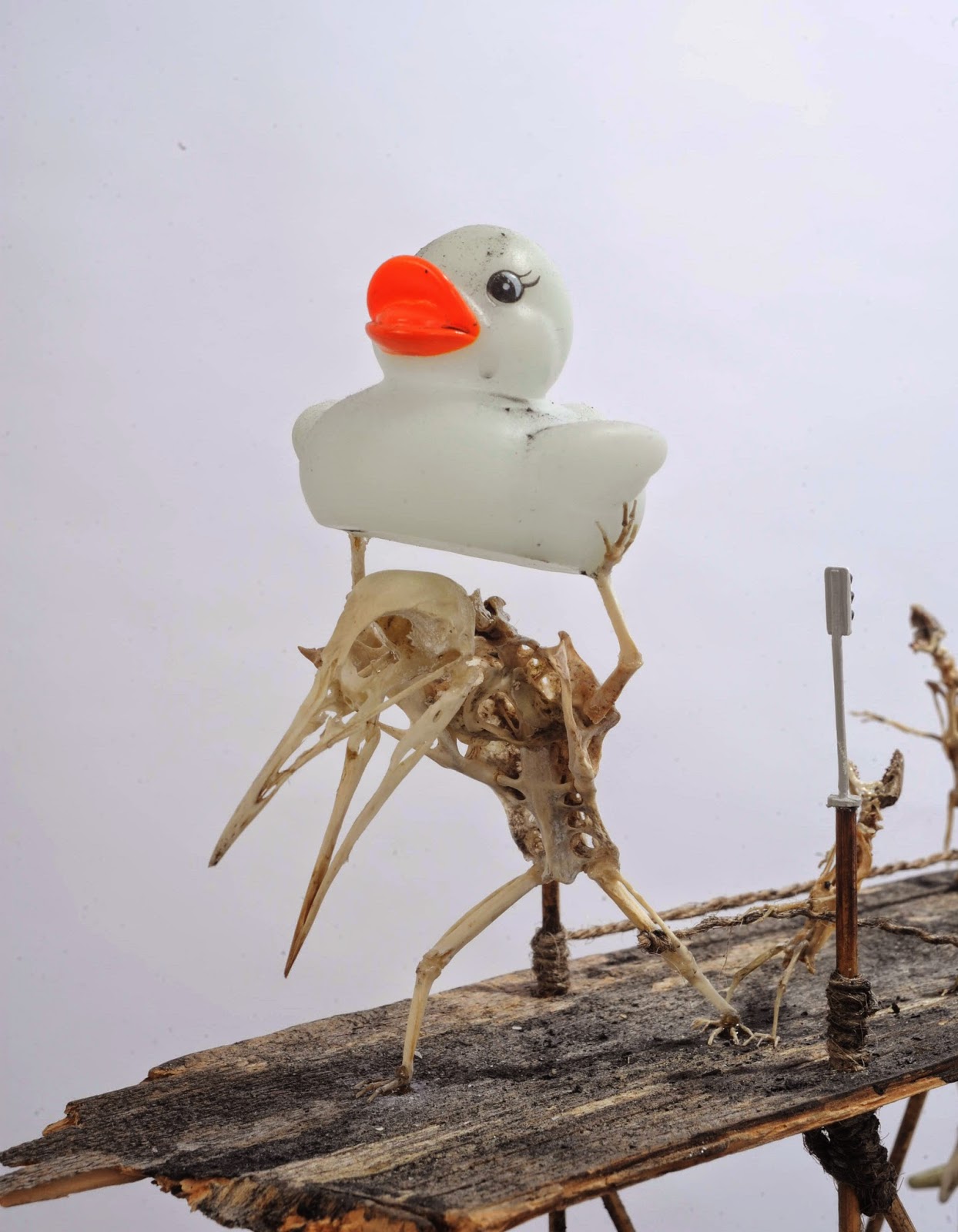 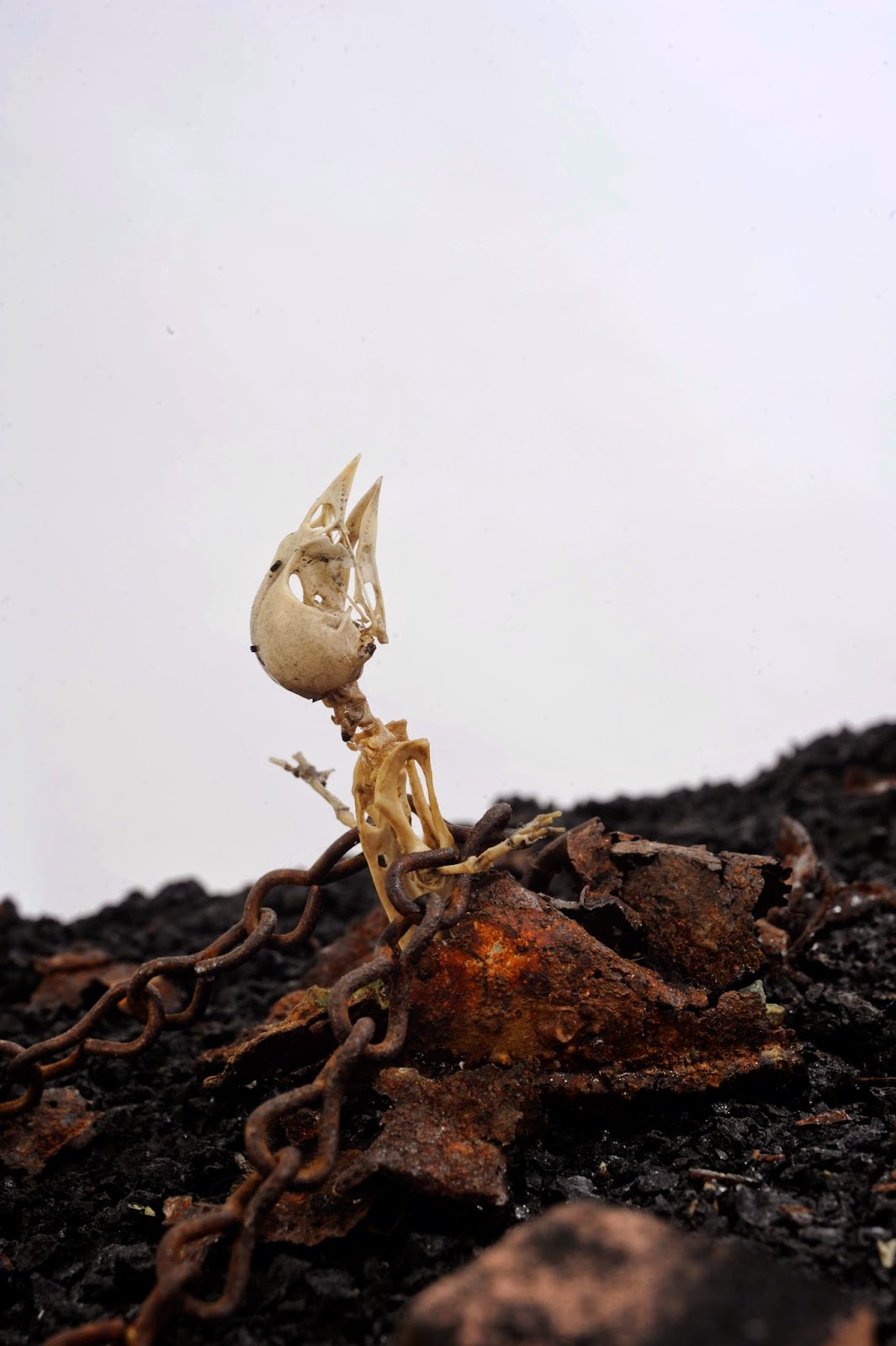 The piece seeks humorously to depict this by focusing on two main characters.  The one below is chained although is giving the impression of being a semi willing sacrifice.  His arms are raised in a parody of flight but his crossed fingers allude to some doubts.  Far above on a raised platform a larger character is preparing to throw a rubber duck out into orbit; evidently the hope is that this divine object ‘with wings’ and magical glow is going to fly.  If it fails there will be a blood sacrifice and the cycle will go on next time in the form of a toy plane.  At the back of the sculpture a character specifically references this cycle, by breaking the fourth wall and looking at his human audience and pointing to a blackboard on which a circle coming full circle is chalked. 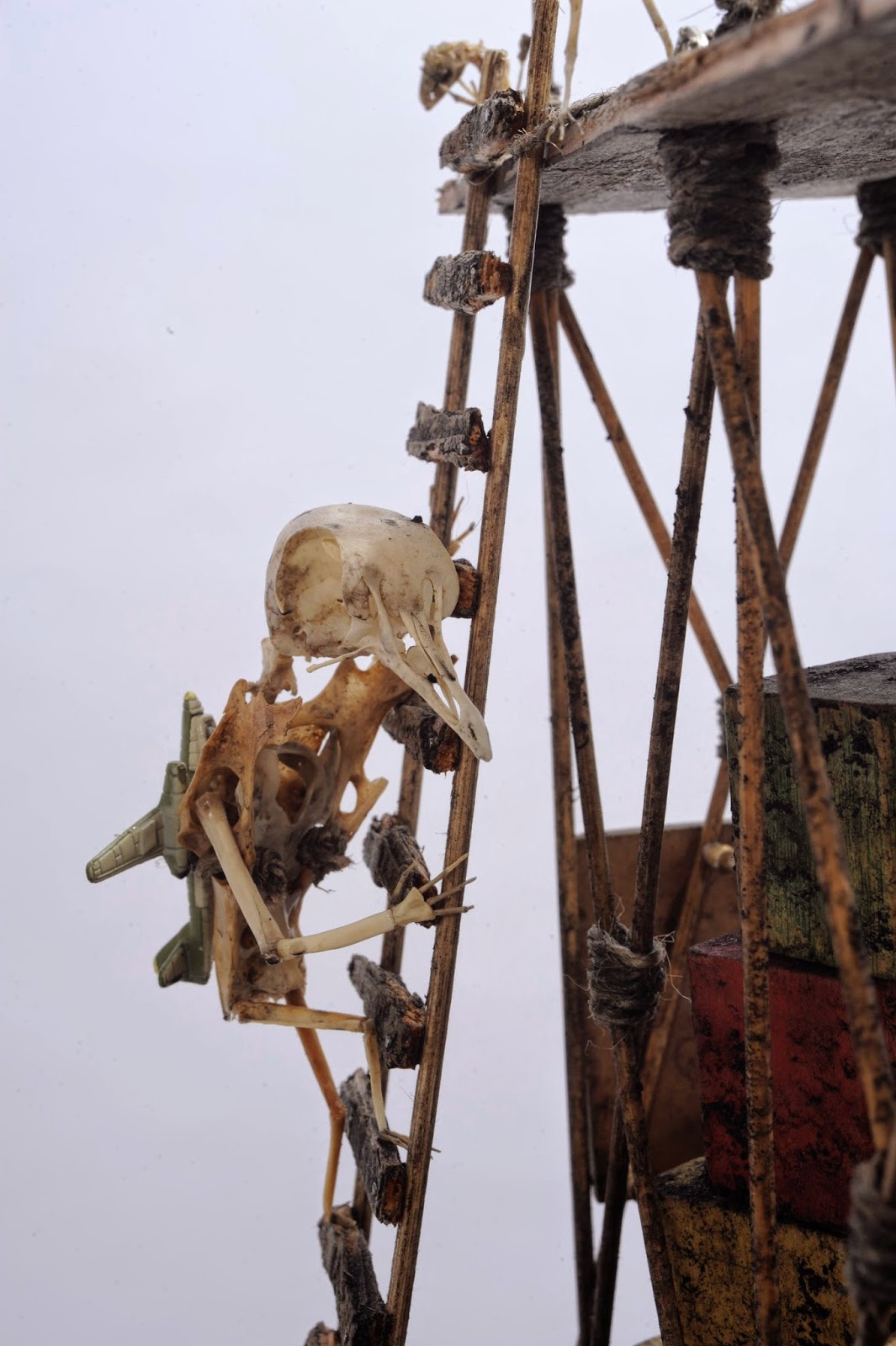 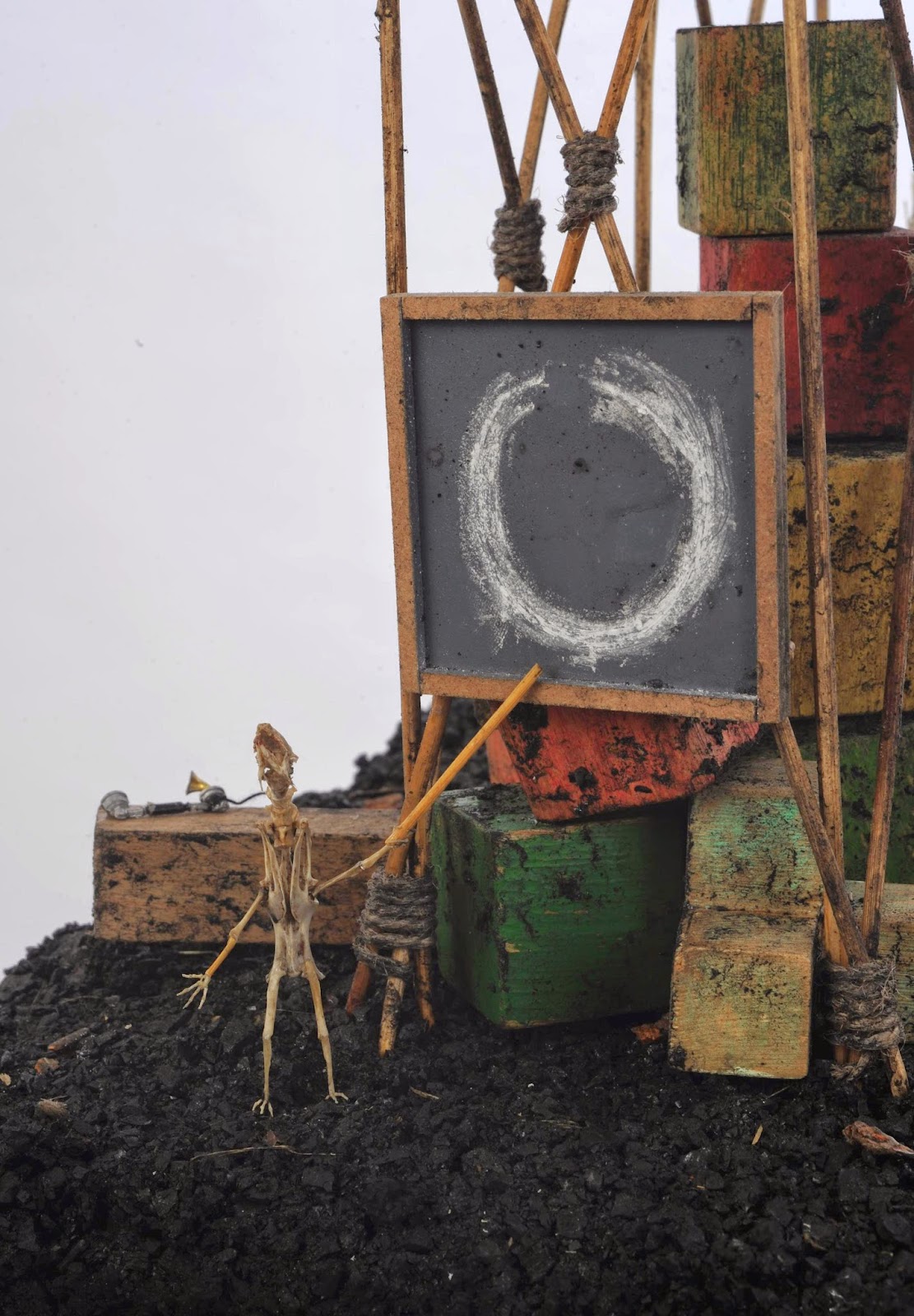 Characters that interact with the audience as well as use of human props are key to my work so the viewer can identify with the events taking place in the world and see the work as a satirical reflection of events in our world. 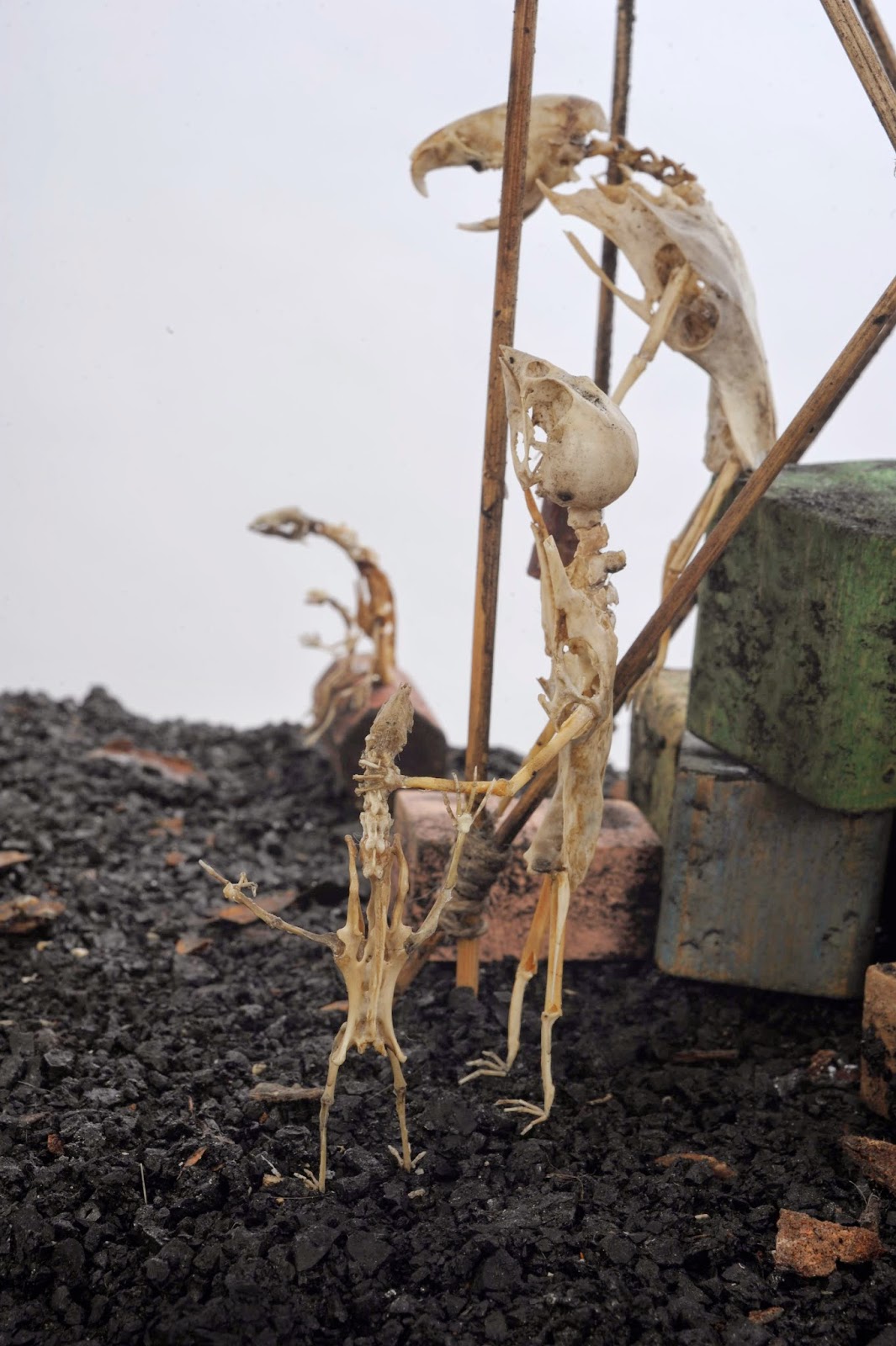 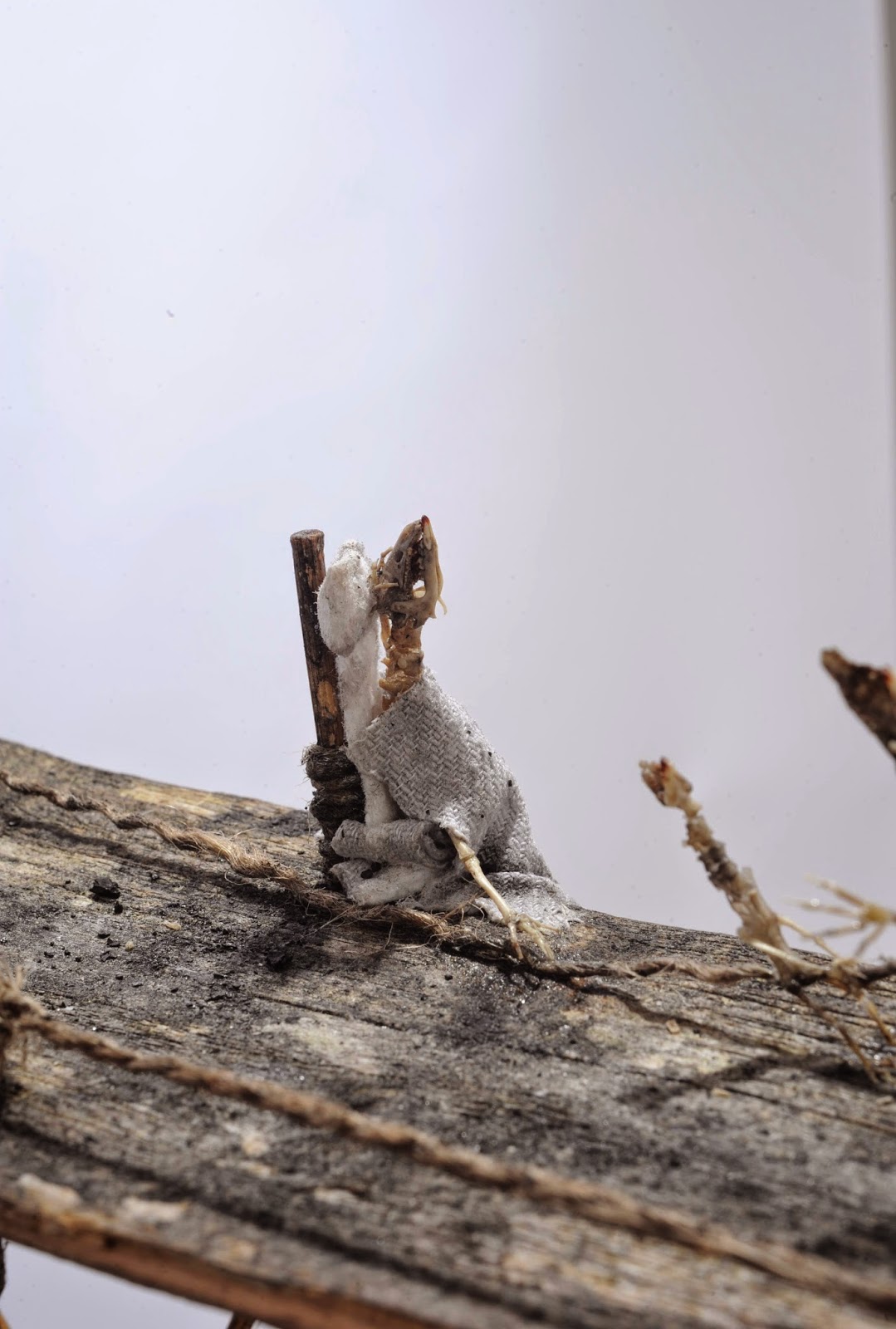 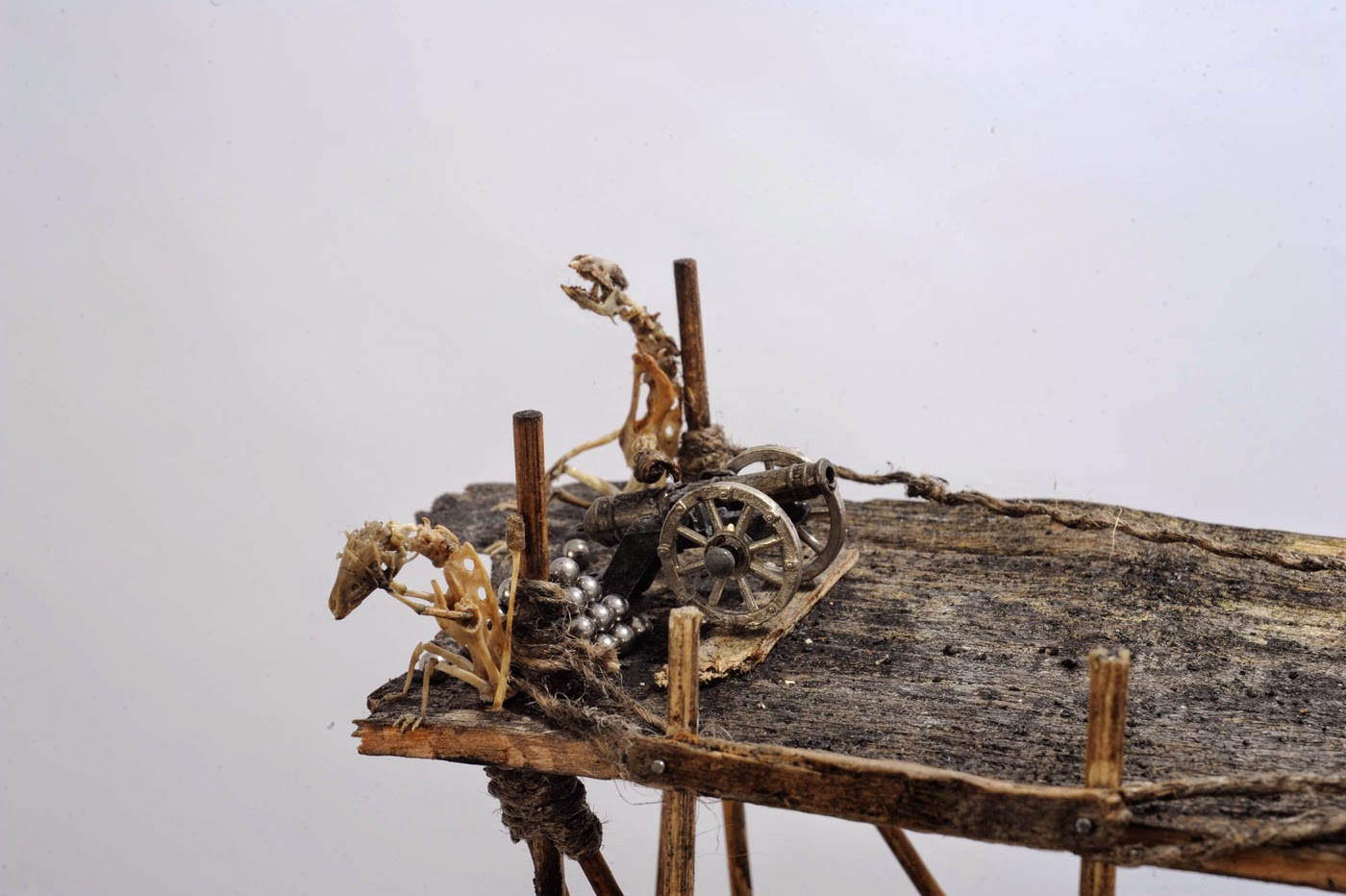 The sacrificial scene has a large audience of the young and old some evidently believers others simply there to see a blood sport.  There is also evidence of resistance, for example characters attempting to hold back the duck-carrier although one takes the form of an extreme armchair activist.  Motivation in the form of a cannon makes it seem unlikely that they’ll be able to prevent the sacrifice, as regressive ideology will still allow a certain form of destructive technology.  The landscape its self is important with its burnt wasteland of rusted metal, spent bullet casings and most importantly toy collapsed building blocks. This suggests a form of hubris on the part of this society as its technical achievements have been brought down possibly toppled by naturally disaster or all out war, so they have regressed to an earlier period of history and belief. 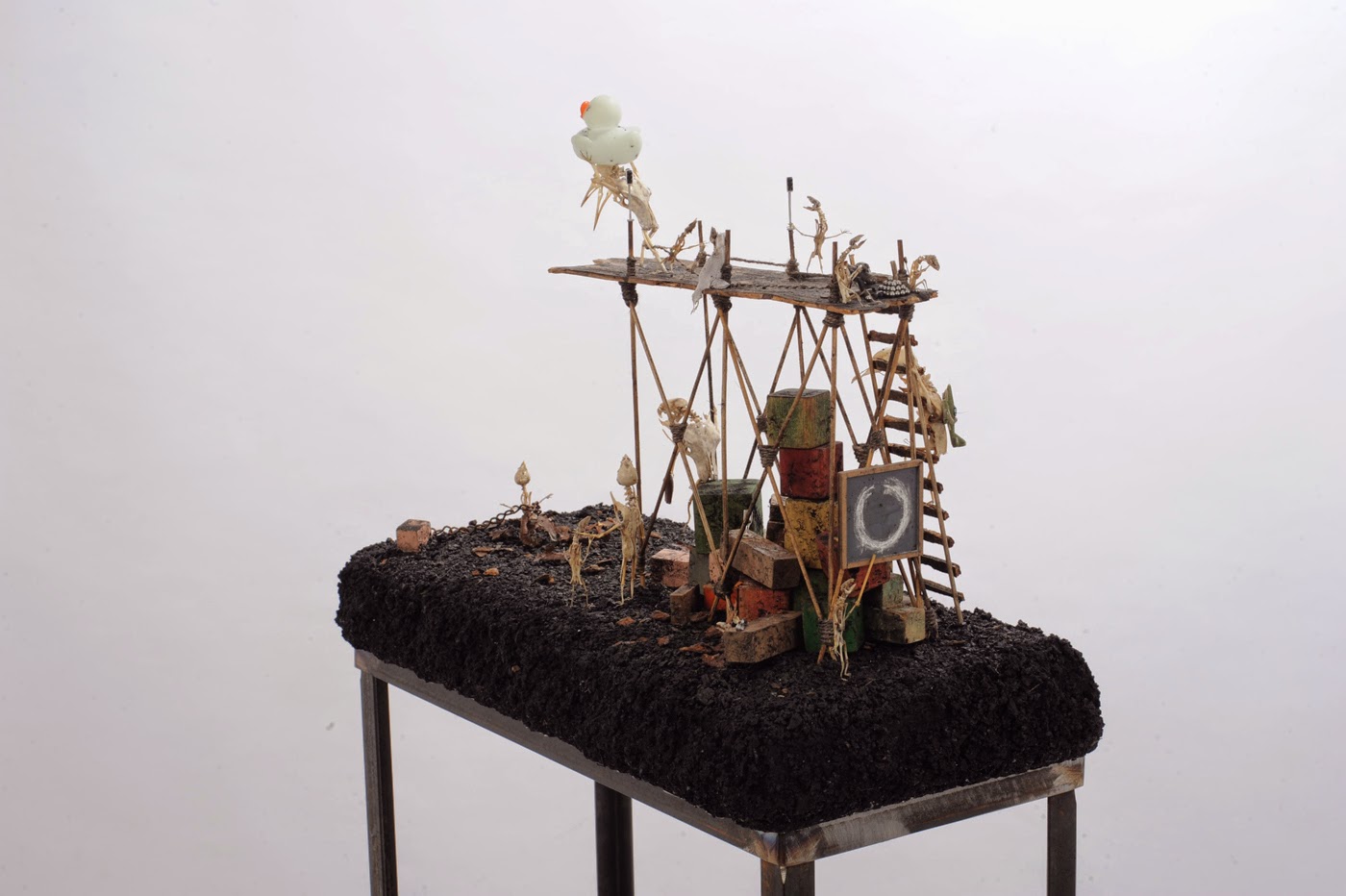 This many layering of themes and hidden narrative is important to my work, as is the irony inherent in creating animal bone characters doing very human things. According to the World Wide Fund for Nature the earth has lost half of its wildlife in the past 40 years largely due to human activity which adds a particular poignancy to the themes explored in this piece and in my other works.’

If you have a moment please visit my website, to see more of my work and find out more about my practise.

Posted by Peter Hanmer Art blog at 18:48 No comments: 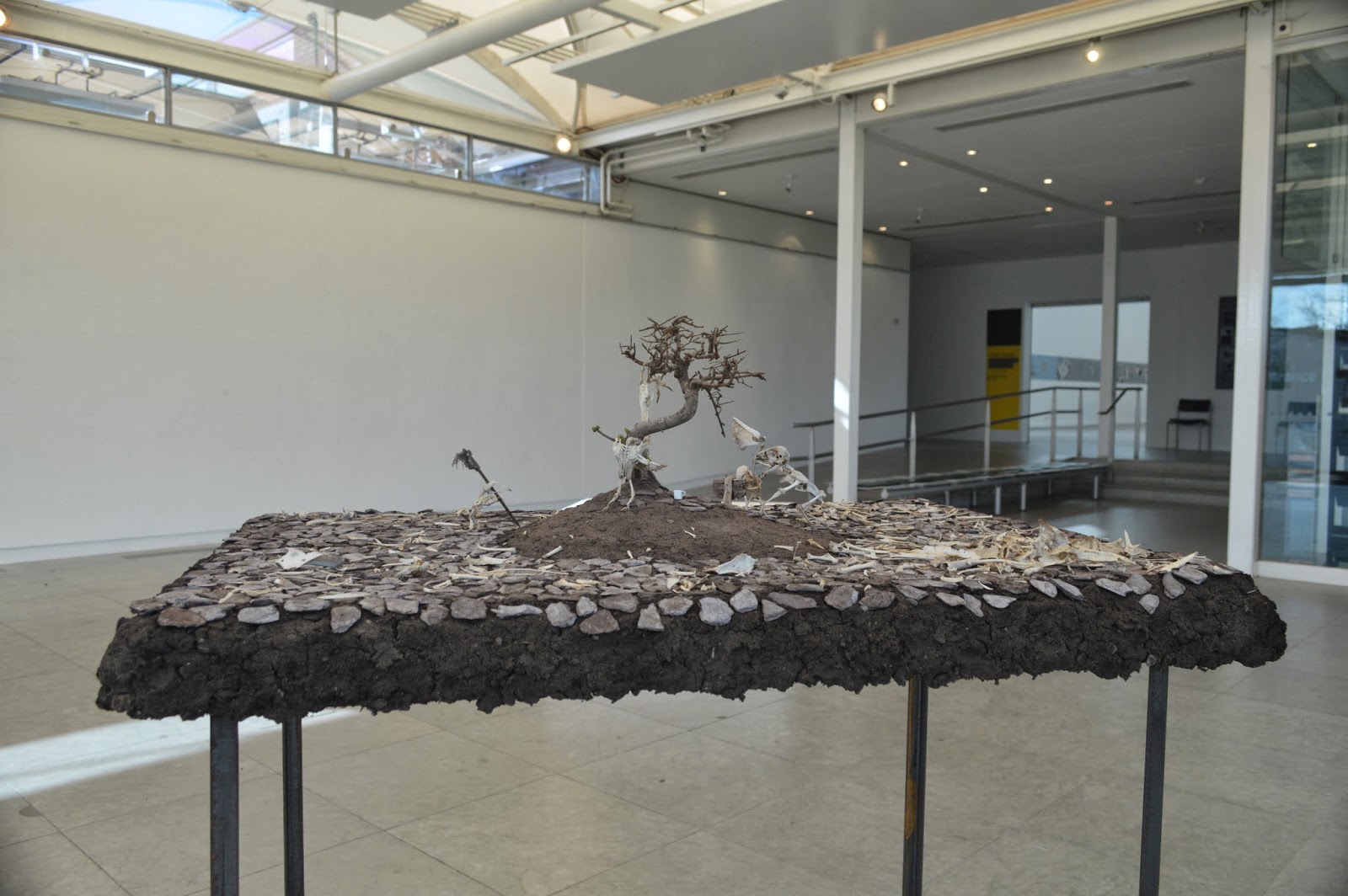 Title: Out of Mind
Posted by Peter Hanmer Art blog at 10:51 No comments:

I've had a great opportunity, I’m exhibiting a piece of work along with some of my fellow Fine art students alongside the main feature Gustav Metzger work the exhibition Facing Extinction in is taking place at my University UCA Farnham James Hockey gallery/Foyer Gallery and linear Gallery. The show is running from 7 March - 5 April 2014 and the Private View is this Thursday 6th March from 5.30-8pm. My own work will be on display in the Foyer Gallery and is titled: Out of Mind (Pictures to follow shortly). If you've able come and check out the show its looking pretty thought provoking/interesting with a diverse range of responses from students to the subject of extinction alongside Metzger’s piece ‘Mass Media: Today and Yesterday’

http://ucafarnhamarts.wordpress.com/2014/02/21/gustav-metzger-facing-extinction-at-uca-farnham/
Posted by Peter Hanmer Art blog at 17:56 No comments: 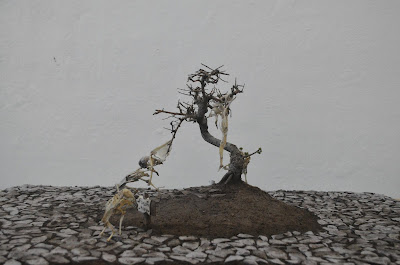 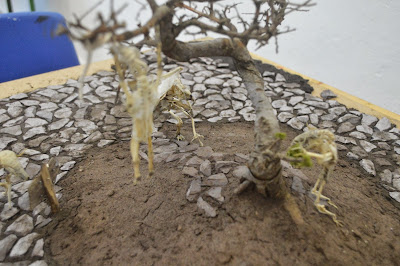 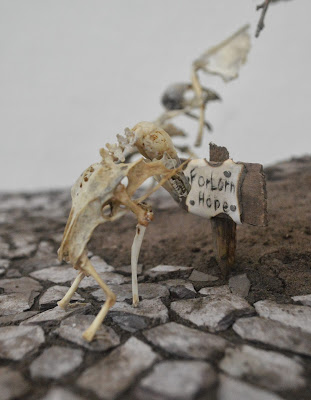 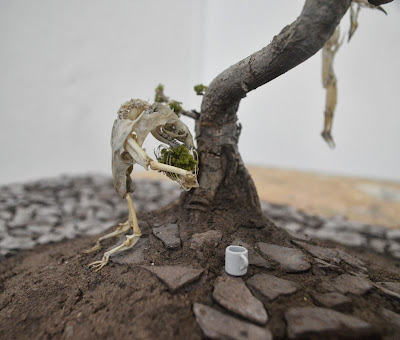 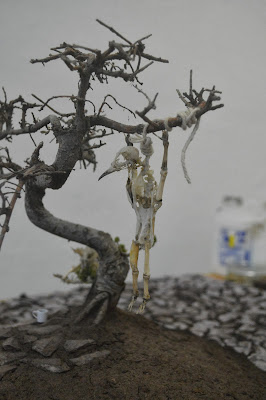 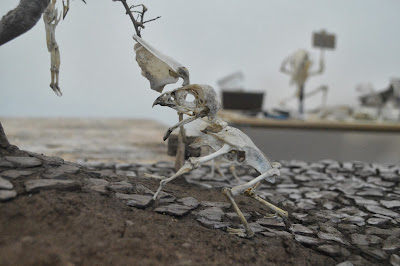 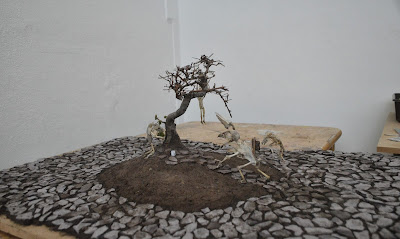 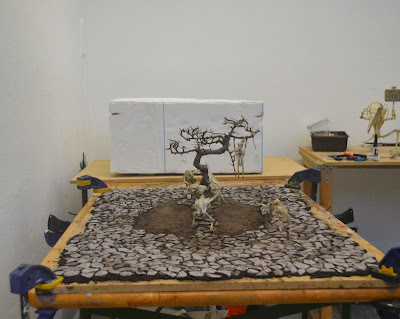 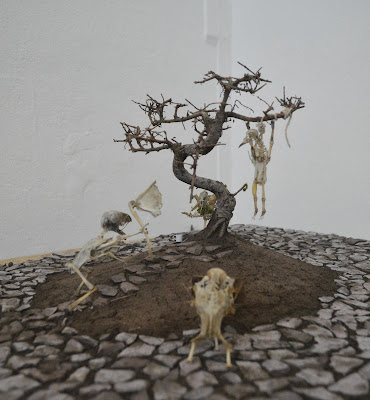 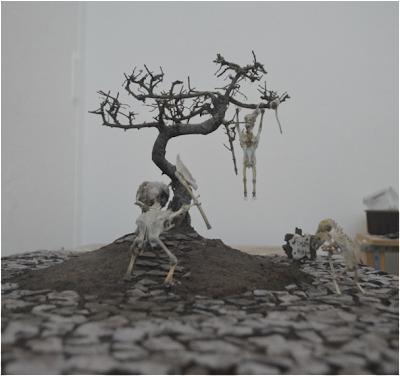 I am making a dead city, this is probably the centre piece I’m jig-sawing the city together on many wooden boards.  Look for mocking references to our world in this world I will be more helpful in coming updates,  Hopefully when the city/town is fully made it will be my main 3rd year degree show piece.


Posted by Peter Hanmer Art blog at 17:08 No comments:

Peter Hanmer Art blog
Peter works in a Varity of different mediums but currently primarily makes sculptural works out of Animal bones large and small. The work revolves around a range of political, philosophical, environmental, and social themes such as extinction, power, ideological extremes, short-termism and apocalypse. Taking inspiration from real world events, such as climate change and the banking crisis and then puting those themes into a separate fantastical, satirical world where the normal rules don’t apply and everything is ramped up to an extreme. He want the work to be subversive as well as provoking a reaction from the viewer, so he uses animal bones to create characters and structures. He wants his work to perform what he see's as one of the most important functions of art; that of cultural critique. Through the narrative driven events taking place in this separate world he is keen to reflect, often humorously, on the events in our own world. The animal bones Peter uses for sculptures have mainly been found by him while on walks with a few friends in the countryside in his home county of Northumberland.